The Return of RoboCop 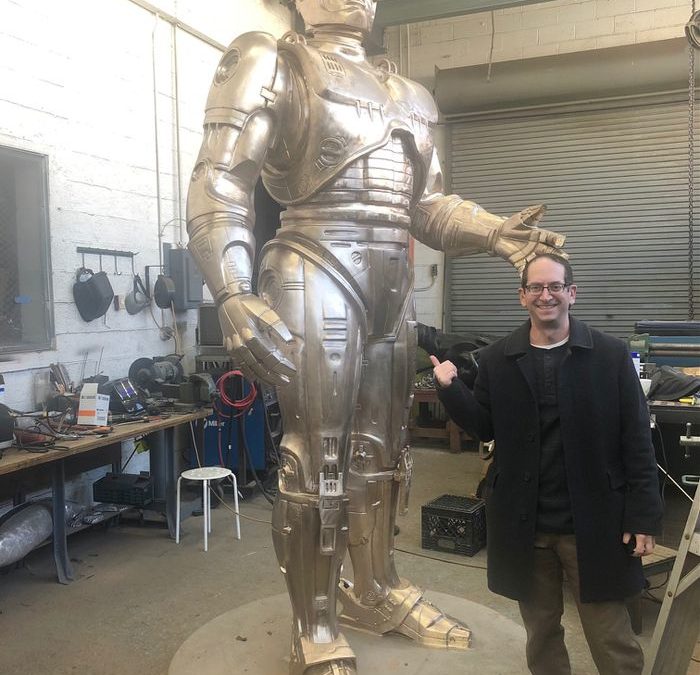 Final touches are soon to be completed on the 11 feet rendering of the famous half man, half robot cop. The iconic figure from the 1987 film on location in Detroit, MI had a preview unveiling on a article from MLive.com. The statue is 11 years in the making and inspired by Philadelphia’s rendering of the ‘Rocky’ statue.

Brandon Walley, a filmmaker, and Jerry Paffendorf, co-founder and CEO of Loveland Technologies, started a fundraiser online to raise money for the project. This after receiving the go ahead from MGM, which owns the rights to the character. Brandon Walley explained in an article courtesy of MLive.com, “We had to get the exact model made. That model had to be blown up to over a 10-foot mold. That happened in Vancouver, and Idaho. That took years as well. The owner of Venus Bronze Works went through a cancer scare. That was two more years.”

The finished rendering of the RoboCop statue will be located at the Michigan Science Center in Detroit at a date to be announced in the future. For the full article, CLICK HERE!