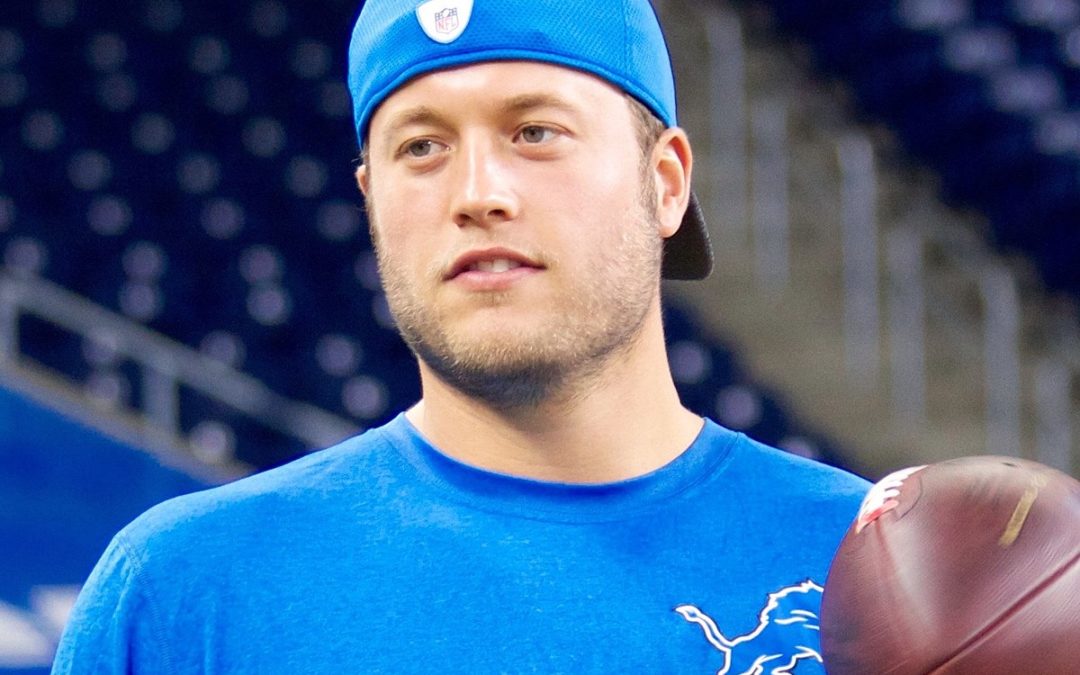 The Tucker Team loves to work hard and play hard. That’s why we are all in our emotions with now Former Detroit Lions Quarterback Matthew Stafford’s Farewell Video. Earlier this year, the longtime Detroit Lions Signal Caller was involved in a trade that sent him to the LA Rams. But, he couldn’t leave without giving love to the City that was apart of everything in his young adult life until now. Get the Kleenex out and enjoy, courtesy of WGRD.COM (Grand Rapids, MI) and Janna Hoke

“Former Lions quarterback Matthew Stafford has said goodbye to Detroit and thanked fans in a nine minute, emotional video. It’s got me reaching for the tissues!

Listen, I know people have their criticisms of Stafford (and probably more so, the Lions as a whole) but I think he’s a genuinely good guy, and I think he played his heart out for Detroit. I feel like everyone I talk to about Stafford’s trade to the Los Angeles Rams says the same thing: “I’m sad to see him go, but it’s time. I hope the very best for him.”

I’m honestly surprised he’s stuck around this long, starting his NFL career with the Lions way back in 2009 — which is how he starts the video:

I’ve been thinking alot about how it all started, a long haired Texas kid from the University of Georgia… This City welcomed me with open arms. I’m talking about Detroit. It’s special here. Anybody who gets to experience Motown knows what I’m talking about. The history, the attitude, the people– Detroit stands alone. I’m proud to say this is where I started my NFL career. It’s where I grew up. In a time when this city had it’s back against the ropes, you knew it would spring back. It’s where I started my family,  where I became a husband and a father. This city will always be a part of me. Now, as I navigate this next step in my football journey. Now, it’s time to say Thank you Detroit. To Lions fans hearing this, there is no me without you.

See! Are you crying yet?

The video shares clips from games and news conferences that tug at the heart strings too! It really is the ending of an era.

And Stafford isn’t just paying lip service. I think he’s showed how much he cares about Detroit through the years, including recently pledging a million dollars to build an education center near Stafford Field – which was named for the QB after he donated a separate million dollars to help reopen the recreation center there back in 2015.

That’s why I’m saying thank you, not goodbye. I’ll always have a connection to this place, a connection beyond all the records, the milestones, the stats. To me, creating a legacy is much bigger than that. It’s about making an impact on the lives of others, being your strongest self through times of adversity, and always letting people know that no matter what happens, you stand for something real. That’s me, that’s this city. Thank you for everything Detroit.

Read More: Matt Stafford’s Farewell Video to Detroit Has Me in Tears | https://wgrd.com/matt-staffords-farewell-video-to-detroit-has-me-in-tears/?utm_source=tsmclip&utm_medium=referral